Great New Projects on the Horizon! 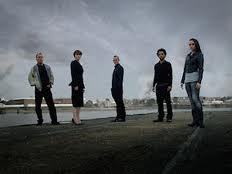 Very soon, we’re going to be expanding our gear, by buying some great new HD-cameras and lenses, that will help us significantly raise the production value of our videos.

What’s more, our new equipment will immediately be put into use on two very exciting new projects:

The first is a music video by solo artist Jimi D., whose former band Rising Girl scored a #1 hit in 2005. Since then he’s gone on to record two albums. His newest, Fisherman’s Son features a song called ‘Hide my Heart Away,’ – a sweet pop-reggae tune. Listen to it here.

We’re currently planning on a few days in the film studio, making a video to match the fun and joyful spirit of the song.

The other project is something called ‘Timedancer,’ for which we are providing gear and some crew (Mazin Power, head of our video department, will be directing).

Timedancer is an episodic story for the mobile app market- part video game, part film, it’s a pretty groundbreaking concept. Developed by Chaos Created, it’s been broken up into five episodes. Episode 1 was recently released, and will soon be a ‘featured app’ on the Microsoft mobile app store. Episode 2 will start filming in mid-January, with the Digital Snowball crew on hand.

We’re all very psyched about it- we’ll be sure to let you know more about it as things progress!

Check out our video production services in London